A native of Pittsburgh Bob began in radio career in 1972 and worked all over the western US, several times in the L-A market. He's currently a news anchor at CBS Radio LA; KNX 1070 News Radio. Bob has won multiple broadcast awards including an Edward R. Murrow Award.
Bob made his mark with the UPI Radio Network and later became a UPI National Correspondent and Bureau Chief. He has interviewed presidents, covered Super Bowls and Hollywood as well as major news stories.
He lives in L-A. He has survived earthquakes and a beating during the 1992 L-A riots while covering the story, which was recorded on audio tape.
Bob has an excellent voice and has done many voice overs, radio spots, and starred in television commercials. Bob authored several books, one of which was honored by the LA Press Club. A graduate of Career Academy School of Broadcasting, he also studied at "Keep It Reel School of Acting" and UCLA Ext.  IMDB: (Bob Brill III) (SAG-AFTRA)
Bob Founded and ran, then sold the newsletter "Brilliant Idea's, The Brill Report."
1 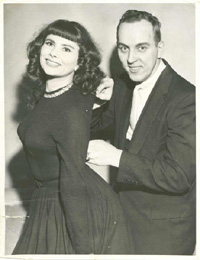 BOB BRILL
​Bob acquired the rights and much of the estate of Don Rudolph an his wife, known professionally as Patti Waggin. His first notion of them came from his first pack of Topps Baseball Cards in 1959 where Patti appeared on Don's card. As it turned out they lived about a mile from each other in the 60's but never met. Don even coached in a youth league Bob played in one year removed. They also banked across the street from the house Bob lived in. Talk about small world.